We made the decision to squeeze in our last birding adventures at Dairy Farm. It was where we probably had our most rewarding sightings way back at the beginning of our trip and has always felt like there was something else interesting just about to be seen on subsequent visits. This view was justified when we made a spur of the moment visit on Wednesday 26th April

We arrived around noon and we were only a few strides down the main path when spotted a Colugo, characteristically clinging high up on a tree. 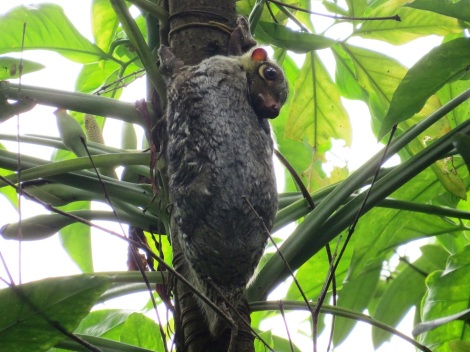 Unlike the first Colugo we saw at MacRitchie last year, this one was quite active. We watched it cleaning itself assiduously above us. 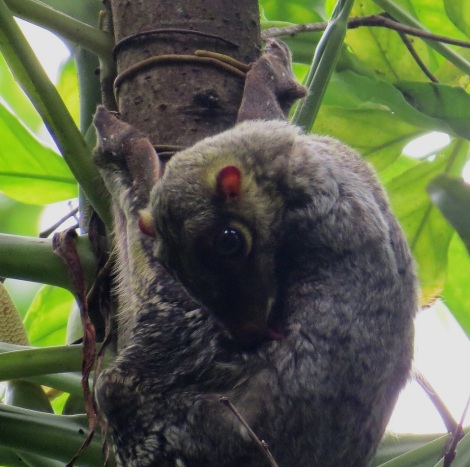 It even seemed to take something of a passing interest in the two observers below. 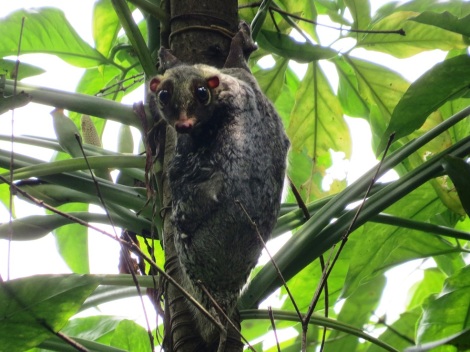 The leafy surrounds of the area around the Wallace Education Centre soon brought us winged rewards too, Mrs Sausage finding the resident Straw-headed Bulbuls.

The place was alive with butterflies though, as if a sudden hatching had recently occurred. Dominating the numbers were lots and lots of Archdukes.

I also managed some very iffy shots of what I think was a very unhelpful Banded Yeoman:

As well as a few more compliant ones, this Saturn; 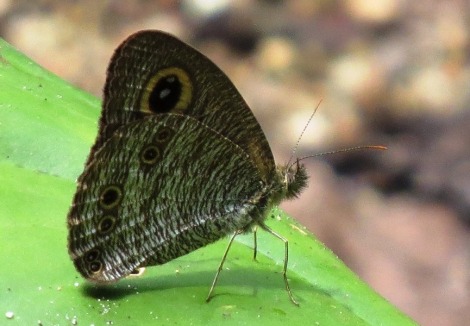 And an Ultra Snow Flat:

Bulbuls were still making appearances though, we just failed to get a shot of a fantastic and vibrant Black-crested Bulbul but managed this Olive-winged.

I think it was the teasing view of the Black-crested Bulbul that made us come back in the few short gaps we had left on our trip. Our next visit took place just two days later on the 28th April.

No Colugo on arrival this time, only a busy Banded Woodpecker, it’s scarlet plumage subdued due to keeping itself within the misty foliage.

We hung around the Wallace Centre area again, eyes peeled for the Black-crested Bulbul especially. We were out of luck again but Mrs Sausage did manage a lifer for herself with a very brief sighting of a Little Spiderhunter. 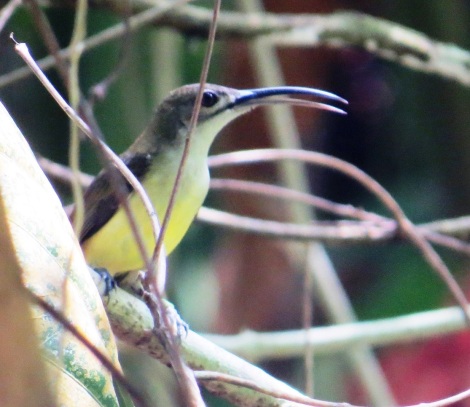 I now had two birds I was very keen to see, the Black-crested and the Little Spiderhunter. As I patrolled the areas most likely for these two Mrs Sausage was off getting us another new bird, the Jambu Fruit Dove. 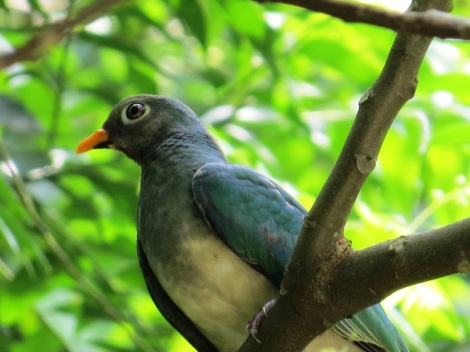 Not quite as vibrant and exciting as the male, but we had both been waiting a long time to tick this one off our list, even though it was quite keen on only showing us it’s backside half the time!

We didn’t realise until we had checked our pics for this visit that we had in fact gained another lifer on this quick visit. We had both initially thought we had found another Olive-winged Bulbul but a closer look a our pictures showed that we had both been photographing a Red-eyed Bulbul instead!

This was definitely a lesson learned in double-checking, although very similar birds we were able to positively ID this as a Red-eyed and another new bird for us this trip. 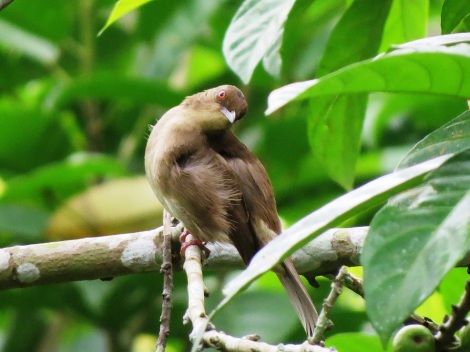 An uneventful walk out ended with a yet to identified curiosity in the shape of this fluffy day moth. Any lepidopterists out there please feel free to ID this for us. Our digging so far has only led us to believe this is a Tussock moth of some kind.

And so we draw a close to our Singapore birding adventure. In many ways one of our most successful in terms of lifers, yet one without too many rare or scarce migrants. With new locations explored and our knowledge and spotting skills enhanced a little more we are already looking forward to our next visit.